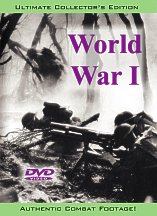 Check for availability in the Store

NOTE:  The time displays on most DVD players will reflect the duration of each individual chapter, not the running time of the entire movie.  Thus, your DVD time display may reset to zero at the beginning of each chapter.  This enhancement is designed to assist any educators who intend to use the DVD as a teaching aid.